Hollis and Going family Y-DNA matches, plus Hollis pages on this website.

Pages for Hollis family members who have tested with matching Y-DNA to Going/Goyen families: (See bottom of this page for links to other Hollis pages):

Other Hollis Individuals and Resources/Records:

Additionally, all descendants that can document their relation to Alexander Going b. 1715, and all who can document descending from John Going b. 1704 have the same Y-DNA matches, meaning that their father (William Going b. 1680) was indeed their biological father.

The question is, “When did this happen?”  The fact that descendants, from different children of John Hollis b. 1700 (James and Moses), and different children of William Going b. 1680 (Alexander and John), have the same Y-DNA means that the “non-paternal” event must have occurred prior to John Hollis b. 1700 being born – as you can assume he had that Y-DNA.

The fact that this non-paternal event happened prior to 1700 limits the time-period in which this could have happened in America.  Several John Hollis b. 1700 researchers believe he was born in England, and immigrated from England to the US some time during his life (the original immigrant in their line).  William Going is assumed to have been born in the Americas, to his father Thomas Going b. 1660.  If both these things are true, then the “non-paternal” event must have occurred in England.

The following numbers are for the Going and Hollis family members.  I’ve only listed the first 12 numbers.  My ancestor is Drury Goyen, so I’ve used that one as a base.  Any numbers in red are numbers different from my numbers. 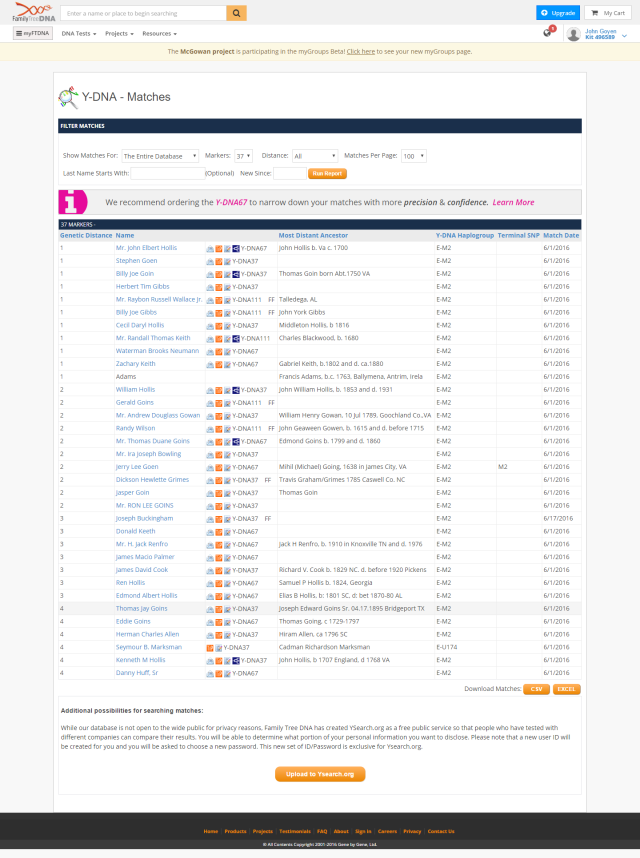 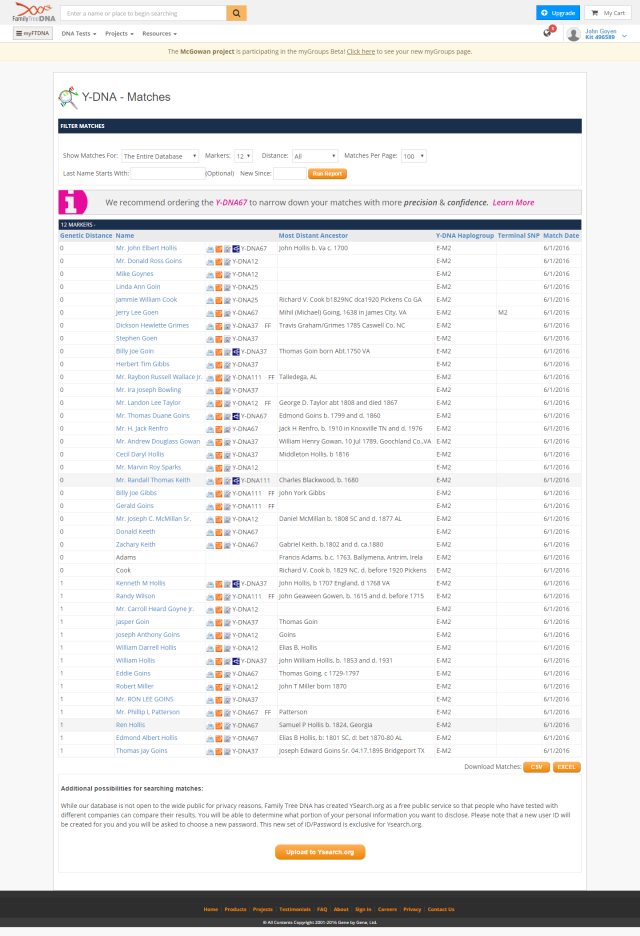