John Bell Goyen is the third child of William W. and Sarah Martha Bell Goyen. He was born at Big Creek, Mississippi on March 19, 1860, and died August 10, 1912 in Houston, Texas.

The 1860 US Census lists him as 3 months old.  Parents are William Goyne and Sarah Goyne.  Siblings are Martha Goyne age 6, and Anna Goyne age 4: 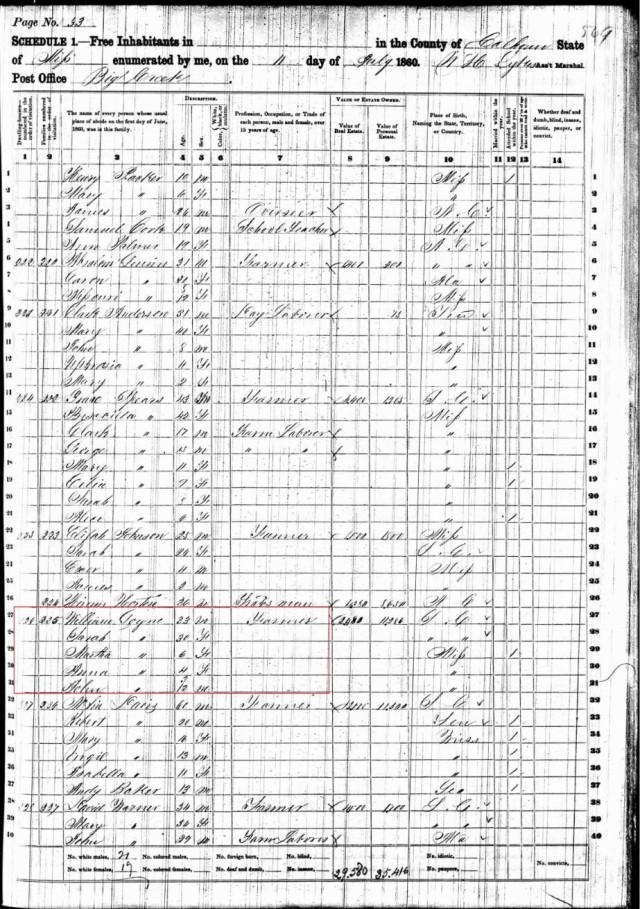 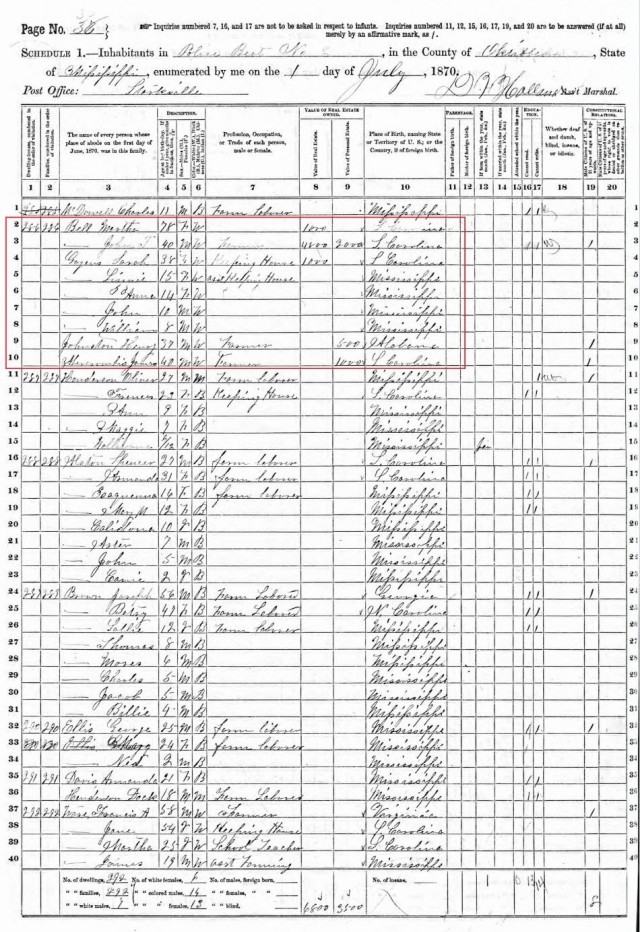 (1870 US Census – John Bell Goyen’s father, William W. Goyen, has been killed in the Civil War.  Sarah Martha Bell Goyen has moved with her 4 children Elizabeth, Anna, John, and William, to Starkville, Mississippi back to her childhood home, the home of her father Hugh Bell who died in 1864.  Sara and her family are living with her mother – Martha Watt Bell).

The following entries are on FamilySearch.org and appear to be entries for Samuel F. Tipton and Martha Elizabeth Goyen Tipton.  They are not available to download yet, but will need to check again to verify when they are ready to view.

The 1880 US Census shows that Sarah Bell Goyen has moved her family back to Calhoun County, Mississippi . . . next door to her sister-in-law Nancy C. Goyen Provine (sister of William W. Goyen who had died in the Civil War).    William S. Goyen later names one of his children Charles Provine Goyen who was born in 1894. 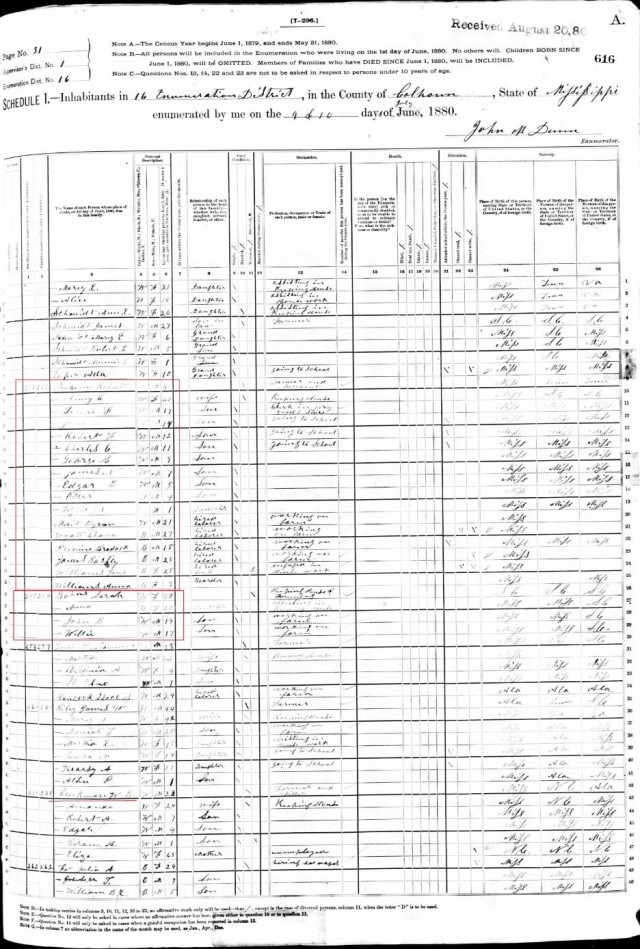 John B. Goyen begins to show up on Calhoun County and Grenada County, Mississippi tax rolls in the mid and late 1880s.

In 1887 John B. Goyen is listed as a post master in Grenada County, Mississippi. 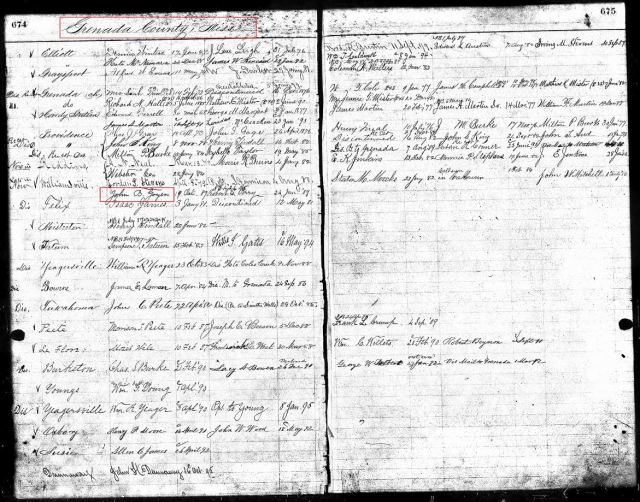 (In 1887, John Bell Goyen is appointed as a postmaster in Grenada County, Mississippi – likely during the time he was running his Drug Store).

John Bell Goyen became involved in logging, and he and his family followed the logging industry to the Texas/Louisianna border. 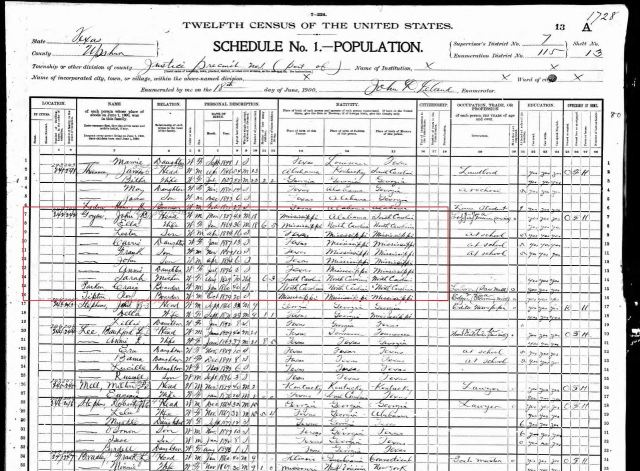 1900 US Census w John B Goyen and family

(1900 US Census in Upshur County, Texas – when John Bell Goyen’s family was living in Gilmer – see family photo at top of page.   His mother Sarah Goyen born 1829 is living at his home, with Craig Parker – likely a relative of his wife Ella Green Parker – and John Bell Goyen’s nephew Roy Tipton (Clarence Leroy Tipton) – who was Martha Elizabeth Goyen’s oldest son.  Also listed are his children Leslie, Carrie, Frank, John, and Annie.   John Bell Goyen is working as a Logging Foreman at the sawmill at this time).

Ella Green Parker Goyen died December 20, 1905 in Nacogdoches, Texas in her home, buried in the City Cemetery, and on the same lot with her grave is found the tombstone of Nina Aline Goyen. Also buried on this lot is David F. Thomson, 2nd husband of Martha Elizabeth Goyen Tipton Thomson.  As of July 24, 1959 there were no tombstone markers for Ella or David on this lot according to Mrs. Elmer Adams.  Nina Aline Goyen was the daughter of William Smith Goyen (John Bell Goyen’s brother).

The photo below is the house John Bell Goyen built in Nacogdoches, Texas.  The photograph was taken in 1961 when family members went to visit to see how the old Goyen homeplace was doing. 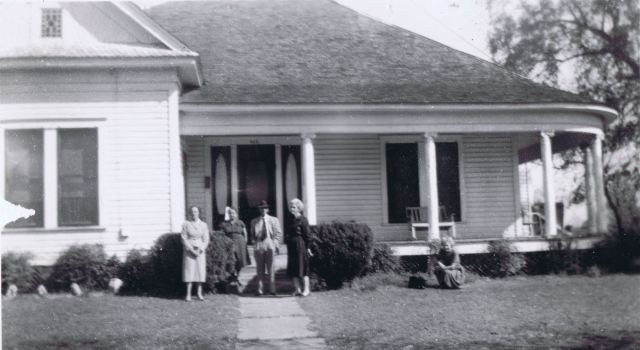 John Bell Goyen married Carrie Elizabeth Rice who was born in Pickens County, South Carolina. They were married March 28th, 1908 in Nacogdoches, Texas.  Some time between 1908 and 1910 the family had moved to Houston, Texas.

(1910 US Census – John Bell Goyen has moved his family to Houston, Texas – living on 20th Street.  He has married his second wife, listed as Catherine, and is now listed as working as a Building Contractor.  His children Leslie, Carrie, Frank, John, and Ella are also living with him). 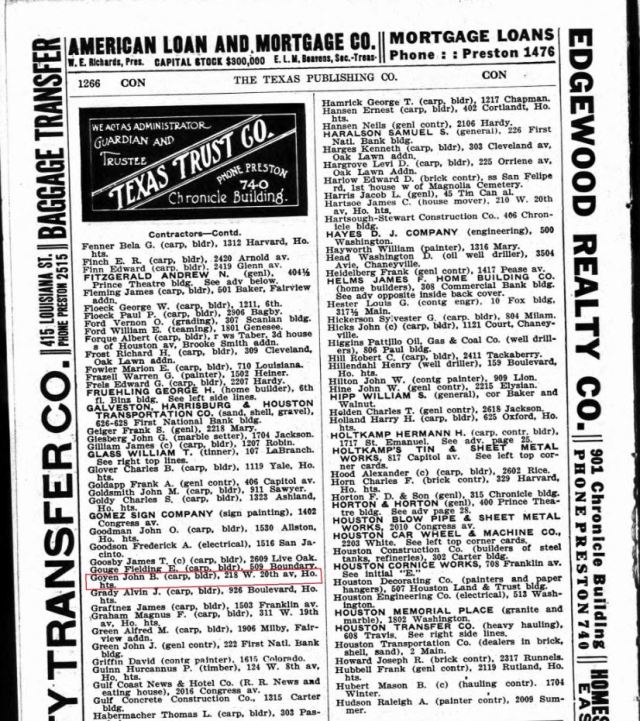 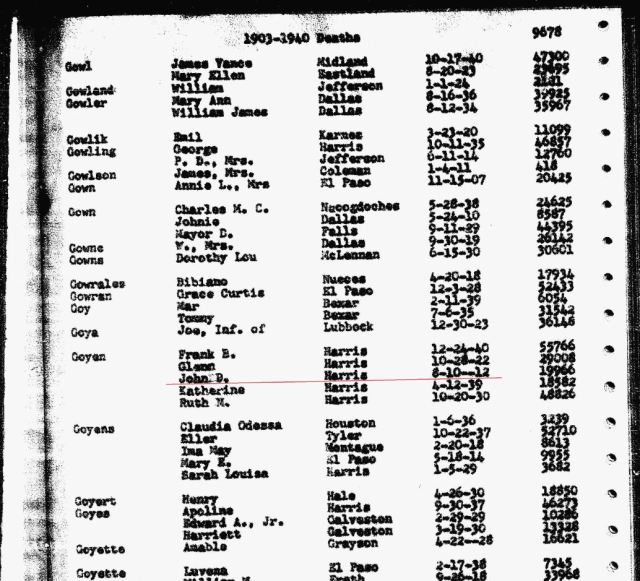 After John’s death, his 2nd wife Carrie remarried to Lee Jarmon and moved to the San Antonio, Texas area. 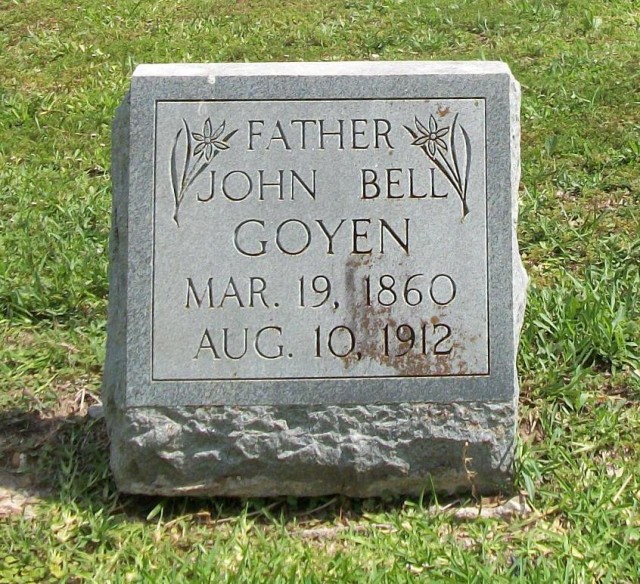 “. . . his home, where ever he lived, was a place of “WELCOME”, and a scene of happy marriages, a scene of happiness, and a home where death of near relatives other than his own took place; he was truly a fine gentleman.
When he lived in Big Creek, Mississippi he owned a Drug Store. Later took up building, and was a Building Contractor in Texas until his death. His newest home and last one in Nacogdoches, on West Main St., built in 1907 on Iron Hill still was in good condition in 1959.” (when Mrs. Elmer Adams (Rosine Lanora Martin) wrote this).

The following Genealogy of the Goyen family was done in 1958 by Mrs. Elmer Mathie Adams.  It traces the siblings of William W. Goyen that she knew about and their descendants. It also traces the all the children of William W. Goyen, and their descendants.  It has been helpful in piecing together family members who may still be alive.  I have redacted birth date information of those who may possibly still be living to protect privacy: 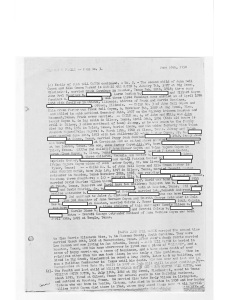 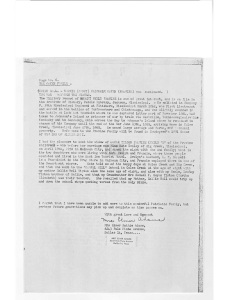