2) H B Ware (Hugh Bell Ware) to his aunt I E Wiseman, (pg 65 in Dropbox – HRC info) – dated October 1864 from Starkville, Mississippi
– says “Mr Goings was killed on the 10th of June in an engagement in the northern part of the state. Aunt Sallie has 4 children the youngest nearly 3 years old. She is keeping house and getting on finely.”

Arch Miller is at home and has been since the fall of Vicksburg, paroled and never been exchanged, You heard , of course, that Mr. Goings was killed the 10th of June, 1864 in an engagement (Battle of Brice’s Cross Roads) in the Northern part of the State. Aunt Sallie (Sarah) has four children the youngest nearly three years old. Brother Thomas (Ware?-cut off) is in the Army in Georgia.

ADDED TO THIS LETTER IS A NOTE as follows:
as follows:

“As Bell has left room to write I am going to test the validity of our old Father’s Will. I wish to know if you want the Will contested.
Miller and John are in favor of setting the Will aside.
James is all I have to contend with.
Sarah is willing to do anything.
Billy is in the Army in Virginia and I can’ t hear from him yet.
I can’t say any more as I have to meet John in town.

LETTER from James W. Bell to Elizabeth Wiseman – from Starkville, Miss, Dated March 5, 1865.
– talks about how “father made his will”.
– “He left everything to John, Mary, Sarah and myself.”
– goes on to describe dischord with the Ware family over the will. 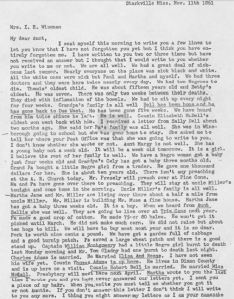 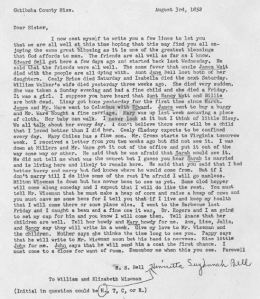 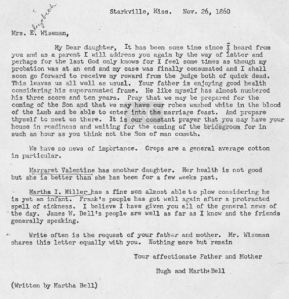 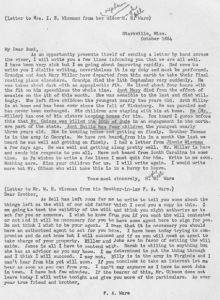 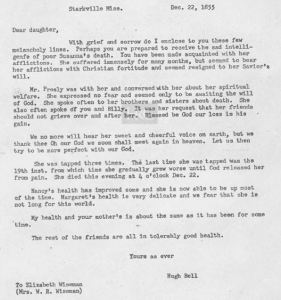 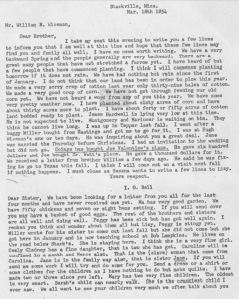 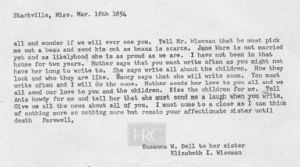 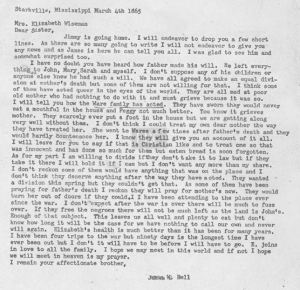 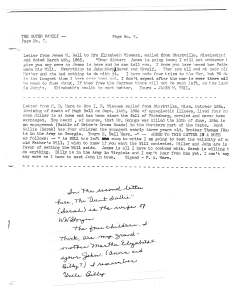 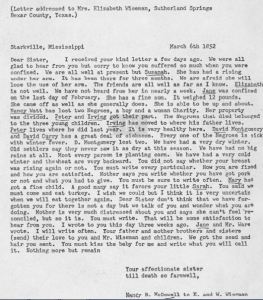 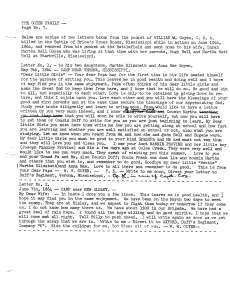 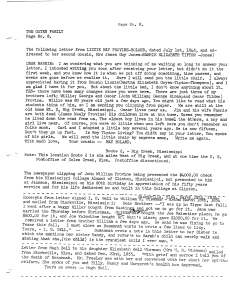 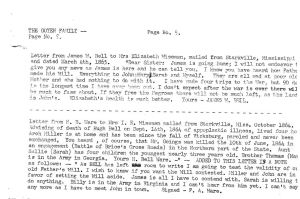 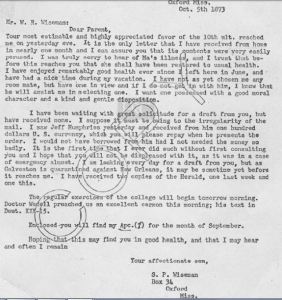