John grew up in the Heights area of Houston, Texas.  He married Mary Louise Foote on May 24, 1941.  They had five children together.

John R. Goyen, Sr. was in the US Navy during World War II.  He served on the USS Bailey as a Gunner’s Mate.  He earned a bronze star during his service.  His ship served in the Pacific along the Aleutian Islands.  Among battles he was involved with were at sea west of Attu, at the landing of Tarawa, and the air engagement off of Tarawa.

He was a third generation Building Contractor in the Houston area.  He retired and traveled the US with his wife Mary Louise.  They spent the summers in Montana, and winters in Houston.  He died in 2006 at the age of 90. 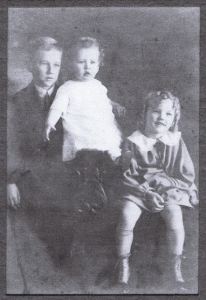 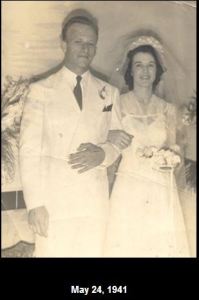 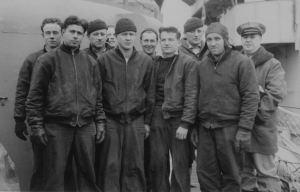 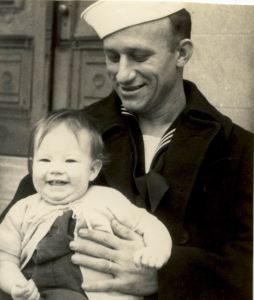 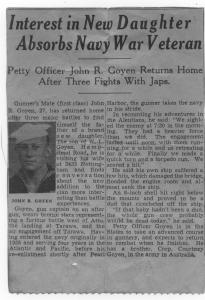 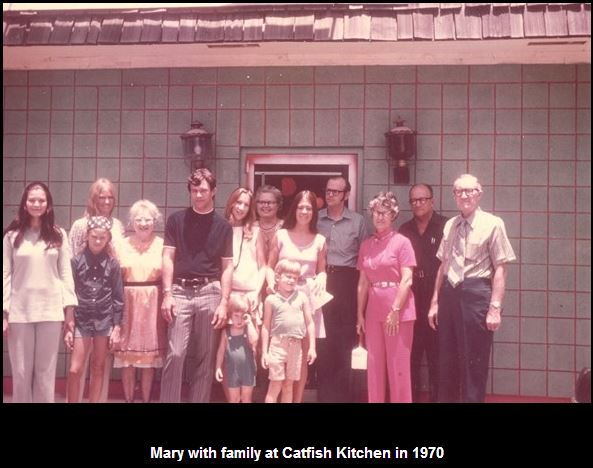 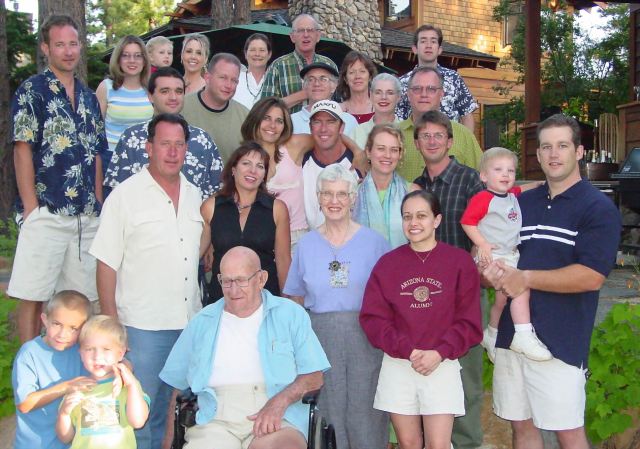